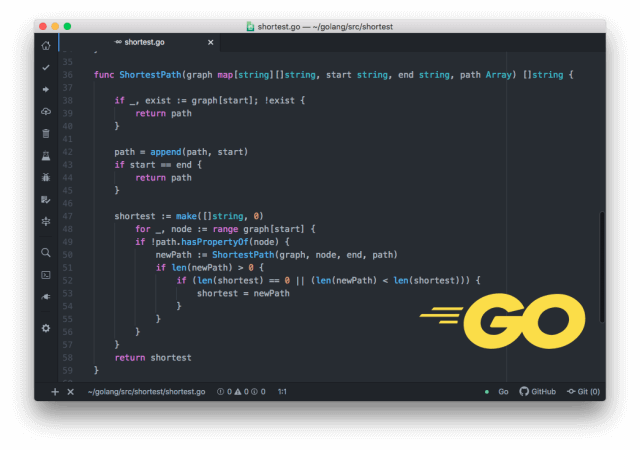 I wrote a shortest path algorithm about a year ago using Python and later on port it into JavaScript, I recently revisit the algorithm and port it into Golang and compare the performance of three versions on two different hardware platforms.

In my previous article that published almost a year ago, I wrote about How to create an interactive transport system map with shortest path algorithm. The algorithm was written in Python, and was fairly optimized based on Python code (or rather I don't know what I could do to further optimize it). It tooks any where from a few hundred milliseconds to roughly about 2 seconds to calculation the shortest path between two nodes (two subway stations) over about 100 nodes on my MacBook Pro which is a late 2011 model with a 2.4Hz Intel Core i5 CPU.

As you probably awared that I run this blog on a Raspberry Pi 3 model B which has an ARMv7-based Brodcom BCM2837 SoC running at 1.2GHz. When I load the very same algorithm to the Raspberry Pi, the algorithm took 8 times longer to calculate the same shortest path than when running on my MacBook Pro. A 2 seconds calculation would became 16 seconds or longer to finish. This is obviously not practical and not a good user experience for a web application.

So I port the algorithm to JavaScript with the assumption that any computer out there, desktop or notebook, or even a mobile phone nowsaday, would be more powerful and therefore faster than a Raspberry Pi.

Moving the algorithm from backend (running Python) to frontend (with JavaScript) sort of solved the performance problem, but I have to give up one of the features that was available in the Python web application (not directly related to the algorithm though). When I create the Interfactive map web application, I imagine that you could query the server through a GET request with an API through an endpoint like /api/v1/?start=ns1/ew24&end=ew2/dt2, and the server will return a shortest path JSON object that consists of a list of stations that formed the short test path between the two stations ns1/ew24 and ew2/dt2. The JavaScript solution works well for most of the cases, but the performance varies from user to user, depend on the machine/device he/she is using, for example, if you are using a relative old phone such as iPhone5, the performance is still a little bit too slow for what I consider a good user experience. So I always consider this as a short term solution and want to solve this problem, but I didn't do anything until recently.

Porting the algorithm from Python to Golang is kind of travia and the finished code looks still quite similar to the Python version, except that Golang does not have a build-in function for checking if a slice contains an element, such as Object.prototype.hasOwnProperty() in JavaScript, or accessing the view object of a Python Dictionary. For Golang, I have to create a custom type with a method to do that. The Golang code for the shortest algorithm with the helper method for the custom type is listed here:

I'm ready to do some performance comparison between Python, JavaScript and Golang. I wrote a simple program for each of the languages to test the time taken for calculating the shortest path. To not dupliate the code that already shown above, The following codes are ignore the function of each shortest path implementation, and only show the codes realted to load the graph data structure, and the code for testing in Python, Nodejs (for JavaScript) and Golang. The complete version of the codes are available at my github repo.

I picked two nodes (i.e. stations on the map) that are far apart and there are multiple paths available between the nodes, the starting node ns1/ew24 and the ending node ew2/dt32 and the shortest path can be visually seen on the following picture. I run each program 10 times and record the time taken for the algorithm to calculate the shortest path. 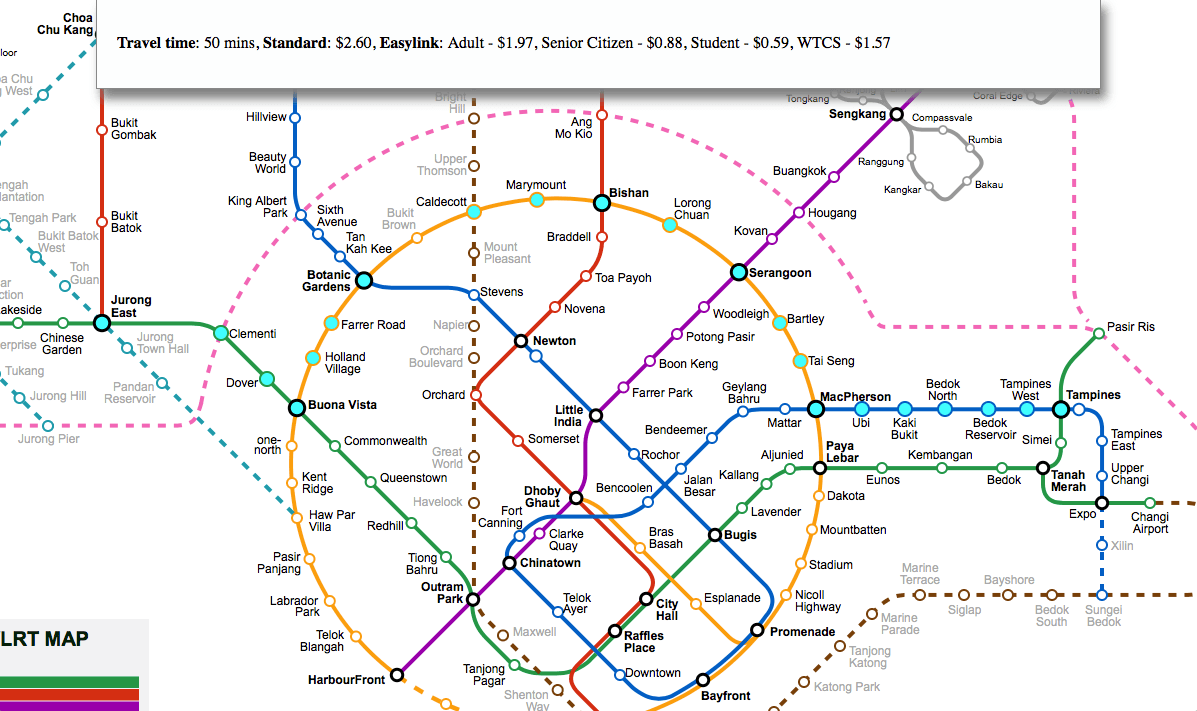 To run the Golang test code:

To run the Nodejs test code:

To run the Python test code:

The tests give me a better understanding of Golang's performance on Raspberry Pi, and I will definitely consider to use Golang on Raspberry Pi for my future projects or even build a web service or web site using Golang in future.

All source codes for the 3 implementations are available on my github Shortest Path Algorithm.