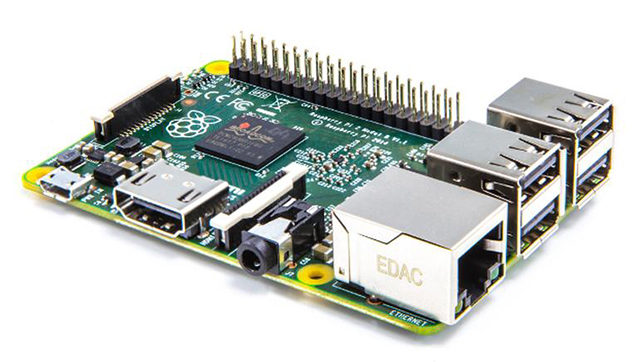 I’m not going to cover the creation of a bootable Raspbian Jessie here as it is well documented in Raspberry Official Website. Once the Raspberry Pi is booted, we can login by using ssh command from Terminal app (from now on, I would refer the process simply as “login”):

It is important to ensure we are using the latest software by bring the system up-to-date with those commands.

By default all Raspberry Pi devices come with an account pi with the password raspberry. For security reasons first thing to do is to change the password and better off, not using the user name pi. I found the easiest way is to rename the user name from pi to a new user name because apparently user pi tied with quite some processes that running on the server.

In order to change the username pi we will have to log in as another user temporarily since it’s not possible to rename account pi while you are logged into as pi. So first thing we do is to create a temporary account temp and also add the temp user to the super user group:

Choose a secure password for the temp user even though we are going to delete it or lock it down from the login access later. Once it is done, reboot the system.

Login into the system using the ‘temp’ user account. Now we can rename the the default ‘pi’ user name to a ‘newname’. Type the command:

Now the user name has been changed, the pi’s home directory /home/pi should also be changed to reflect the new login name:

Do a reboot for the new settings to take effect and login again as newname.

You can change the default password from raspberry to something more secure by typing following command and entering a new password when prompted:

At this point our new user is ready to use, however for enhanced security we are going to add public key authentication. To do so, open a new Terminal window on Mac (i.e. on the local machine. Not the window that currently login into the raspberry pi), enter the following command on the local machine:

Select the entire outputted string and copy it to your clipboard:

With the public key copied to the clipboard, switch back to the SSH Terminal window and ensure we are still logged in with the newly created user. We can then create the .ssh directory on the Raspberry Pi and set the correct permissions:

Create a new file called authorized_keys to keep the the public key we copied in the clipboard:

Press Coomand-V (Mac’s clipboard paste shortcut) to paste the public key, and save the file using Control-X and then Y to confirm. Finally, set the correct permissions on the direction and the file:

Do not close the Raspberry Pi SSH connection, and launch another terminal session from the computer where the id_rsa.key is created, and run an ssh command to connect to Raspberry Pi. By doing so, in case there is some incorrect setting that prevent you from login into the system using newly configure ssh configuration, you still be able to fix it through your original ssh terminal session. Once it is confirmed that you could login into the Raspberry Pi without entering user password, you can then close the original ssh connection.

SSH Protocol 1 is very insecure, allows man-in-the-middle attacks and has a lot of known vulnerabilities. Find the line where Protocol is specified, and modify the line (uncomment by removing the # in front of the line or delete protocol 1 if it is included in the line so that the line look like this:
This will prevent brute force attacks against the default SSH port.

Direct root logins are insecure by default, even more if the root password is weak. Since we have setup a newuser previously, we should disable the root login access and only allow the newuser as the primary user to log in via SSH.
Add the following lines if AllowUsers and DenyUsers directives can’t be found in the sshd_config file:

Remember to replace the name newuser to the actual user name you setup previously.

Disable logging into accounts with null passwords by changing the PermitEmptyPasswords to no:

Use public_keys instead of passwords

We’ve setup the SSH key for login into an SSH server using public keys instead of passwords before. We now can disable password authentication and solely use public key access:

Remember that we created a temporary user ‘temp’, we now no longer need it and can therefore delete the user ‘temp’ and remove its home directory:

Note: Please noted that these are the basic settings to make the Raspberry Pi more secure for any internet-facing server, there will be more security need to be tighten once the Nginx, PHP7 and WordPress are installed, which I will covered in the subsequent articles.