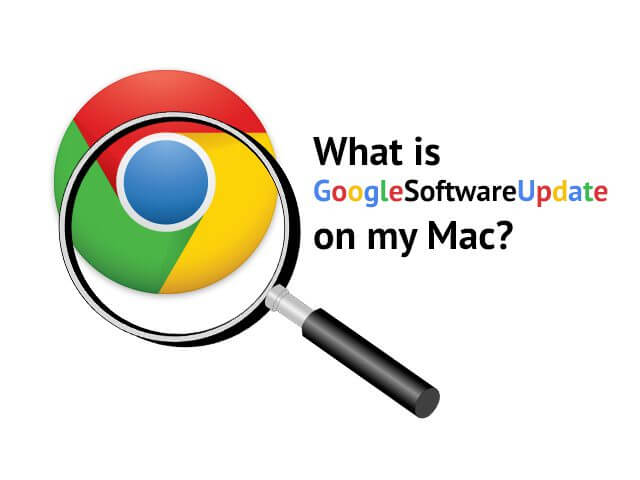 Google Keystone (Google's codename for its Google Software Update) has "mutated" since I published this article, be sure you read the "Update on July 2019" below.

What is Google Software Update?

When I trying to find out why my cron job doesn't work (just to be clear, it has nothing to do with what I described in this article) a couple of days ago, I came across tons of quite verbose logs generated by a background daemon called GoogleSoftwareUpdateAgent on my MacBook Pro's system.log. The only Google software that I have on my Mac is Chrome browser. Like everything nowadays, I did a quick search on the Internet, and turns out there are full pages of search results related to this topic on the Internet, including an article from Wired.com called "Why Google's software update tool is evil" that dated back to 2009!

Google Software Update (a.k.a. Google Update on some of Google websites) is a program to install requested software and keep it up to date and running in the background without your knowledge on your computer. Google Software Update is used to support software patching (both background updating, and on-demand update checks) for Google Chrome, Earth, and a variety of other Google products on at least Mac and Windows as far as I know (and it probably on Linux platform as well).

According to Google, "in order to provide greater transparency and to make the technology available to other applications, the Google Update technology is open source" (Quoted from "Google Chrome Privacy Whitepaper"). This leads me to Google's github under a project code name Omaha. According to the Omaha github page, Omaha is the open-source version of Google Update. In another word, Google not only using a special version of Omaha itself, it also hoping others will adopt the technology. This actually make me very uncomfortable. Try to imaging that any software can use Omaha to securely install a piece of software on my Mac without my explicit permission and sending information about my usage patterns. For a few good guys, this could be a tool provide seamless update with good user experience. But to bad guys, this is an open source software that could be twisted and disguised to be malware or spyware.

What does Google Software Update do?

To be fair, all the information described seems to be harmless, but what I don't understand is why Google make it behaves like a malware? What will you think if I'm telling you that there is a piece of software that:

With all the information that I collected so far, I think it make sense that many Google Chrome users would want to remove the automatic software installer until such point as Google change it to behave less like a malware and give its users an ability to control the settings. But judging from the history dated back to 2009, I don't have much hope on that.

How to disable Google Software Update

Since this is a know issue that can traced back to Google Earth in 2009, there are ton of tutorials, stack overflow discussions on how to disable it or uninstall it. The methods changed as both the Mac OS and Google Software Update evolving over the years. Here are my methods that work on Mac OS El Capitan (10.11.6) and MacOS High Sierra (10.13.2) on my Mac Mini and MacBook Pro.

To find out the available default settings of Google Software Update, Mac's command-line command defaults (which is used by Mac OS to manage your Preference Panel) come in handy, launch terminal.app and run this command:

For those users who never use terminal.app, it can be find from LaunchPad/Other/Terminal or Finder/Applications/Utilities/Terminal

It will look something like this, depending on the Google apps you have installed and how long it has been installed.

This is based on the settings from my Mac Mini running OS X El Capitan (10.11.6) with Google Chrome 63.0.3239.132 installed. However, on my MacBook Pro running MacOS High Sierra (10.13.2) and same version of Chrome, it seems to sending update to Google every hour.

This is sufficient to most of the users. If however you share my concerns and dislike this malware alike behaviour, and want to remove Google Software Update altogether, then follow the next step.

How to uninstall Google Software Update?

The Google Software Update is not visible from the Mac Graphic User Interface (GUI) as it is located in a hidden ~/Library/Google/ directory.

To prevent Google apps reinstall the Google Software Update again, we will create a dummy file with the same name but assign the file ownership to root user instead of the username that you are currently using. The newly created file will also have a file access permission of 444, meaning no one has the write permission for the file. To do that, run the following terminal command:

And finally do some housecleaning by removing all the files related to Google Software Update, this is an option, but I don't like to have some ghost files lettering in my hard disk.

Now if you launch Google Chrome and type in chrome://help as the URL, Chrome will complain with a message update failed. That's okay, but I’d also suggest checking this on a regular basis to make sure that you are up to date.

Although this solution stopped Google Software Update from installing itself on your machine uninvitedly, however, I have a feeling that things may changes in future, for example, it may install it for "All users" (i.e. a system wide installation at /Library/ instead of installing it on your user profile directory ~/Library/). MacOS update in future might also break our settings.

The General Data Protection Regulation (GDPR) that was adopted by all EU members on 27 April 2016 will become enforceable by 25 May 2018, Google should take note and be cautious about its software behaviour, but I'm leaving outside of EU (and US) in the part that Americans often lump it together called ROW (Rest of the World), I don't know whether Google will implement a different privacy practise based on each region's regulatory, or will change its Software Update due to GDPR. It will be naive to expect Google to honour its founding mottos of "Don't be evil", but I do expect it to "do the right thing" sooner than later.

I have stopped using Chrome since I discovered Chrome's behaviour since Jan 2018, but I do keep a Chrome installation (version 63.0.3239.132) on my Mac for my web development purpose. Recently I need to test one of the latest feature of Chrome browser, so I removed my setting temporarily to allow Chrome update the browser to the latest version 75.0.3770.100, and only put back my setting after the Chrome update. But I noticed that Chrome is no longer display "updated failed" to complain about my blocking afterward.

As I predicted in my "Final Words" that Keystone might one day "mutated" to 'install it for "All users" (i.e. a system wide installation at /Library/ instead of installing it on individual user directory ~/Library/)'. I don't know when Google made the change somewhere between version 63.0.3239.132 more than a year ago and this latest version 75.0.3770.100, but this is exactly the behaviour now.

Read my latest blog "How Google Read Your Gmail"